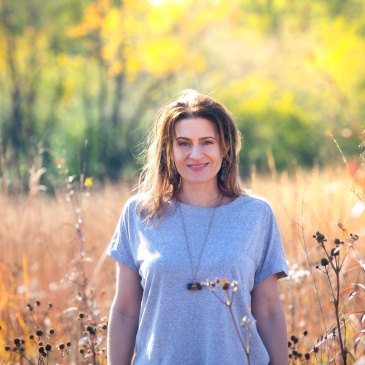 Louise’s culminating project, Two Gardens, is a musical work that explores our relationship with nature. The album was released in August, 2020. Many of the songs on this work explore environmental issues and climate change, but perhaps the song that most exemplifies the depth of her commitment to our environment is “We Belong to the Earth.” Louise believes our culture needs to shift away from a consumer-culture and move toward a culture that harmonizes more closely with the land. From that belief comes a variety of environmental projects.

A musician since childhood, her work on environmental projects didn’t take root until she became a classroom music teacher. The local sustainability center, SCARCE, assisted Louise by providing gently-used musical instruments for her students. She learned so much from the environmental educators at SCARCE and quickly realized that SCARCE recycled more than musical instruments: they teach residents of DuPage and beyond all about the 3 R’s and more.

Louise co-directed the environmental club at Hillside School, where she also directed the choir. Both clubs came together under her direction in 2018 through the production of “The Lorax.”

The show communicated to the entire school community the importance of considering the environment and particularly animal welfare. The show taught Louise that she could successfully blend these three passions: Sustainability, Education and Music. It was that year that she left her beloved music teacher position at Hillside School to work on a variety of other environmental projects. First and foremost: to complete her album of original music, “Two Gardens.” She wanted to continue serving as an environmental educator as well as an artist, though. It was out of that desire that she approached her heroes and mentors at SCARCE and offered to produce a podcast for them. The podcast, “Earth Chats,” made its debut on April 22, 2019 (Earth Day). The show is in its third season of production.

Many other projects have cropped up along the way.